We Are In The Press!

Turning up the heat! Bianca Gascoigne sizzles in a plunging white gown that shows off her ample cleavage as she checks in on her Gaslight strip club BIANCA Gascoigne has thrown herself into her new job at a strip club – by filming a saucy TV ad for it.

Paul Gascoigne’s gorgeous stepdaughter, 28, recently stepped in to a management role at The Gaslight Club in London.

The Greatest Show On Turf: Bianca Gascoigne shows off her perfect legs in tiny floral playsuit at charity football match

Made In Chelsea’s Tiffany Watson steps out for an evening out with mystery male friend… following on-screen split with Sam Thompson. Viewer’s witnessed her relationship with Sam Thompson unravel earlier on in the week.

But on Tuesday night Made In Chelsea’s Tiffany Watson put on a brave face following her on-screen break up, as she headed to the Gaslight Gentleman’s club in St. James’s, London.

Chloe Goodman puts on a busty display in plunging white top as she enjoys a girls’ night out with leggy Bianca Gascoigne at a London gentlemen’s club.

She’s no stranger to a plunging neckline. So it was no surprise to see Ex On The Beach star Chloe Goodman flaunting her cleavage in a daring all-white ensemble as she enjoyed a night out in London on Friday. Rocking-up to the Gaslight at St James’ with BFF Bianca Gascoigne, the 22-year-old reality star went for a casual look as she paired her asset revealing top with a pair of ripped, skinny-fit jeans….

Her father may be a famous footballer. But Bianca Gascoigne, daughter of Paul, is carving out a very different career for herself – namely, as the manageress of a London stripclub. The blonde star, 28, was spotted arriving at the venue, near Piccadilly Circus, with a troupe of friends on Wednesday night.

MARRIED football stars are spending thousands on lap dances at a club managed by Gazza’s stepdaughter. 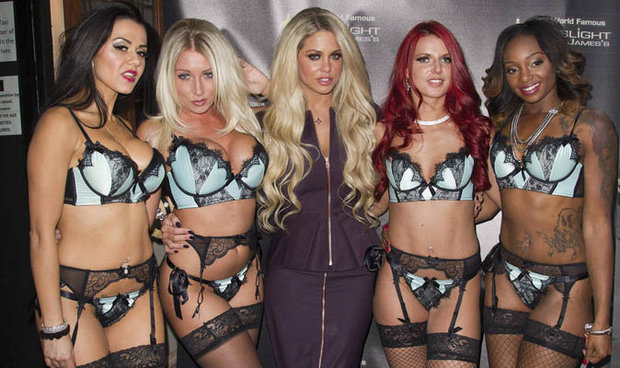 Premier League aces have been flocking to Bianca Gascoigne’s saucy Gaslight strip bar.She says the club, which offers private dances at £360 an hour, offers a safe haven for football stars and celebrities, who she refused to name.

The former reality star wore a rather risqué little dress to support pal Bianca Gascoigne at The Gaslight of St James party in London on Tuesday evening (28 April).

That is one VERY plunging neckline! 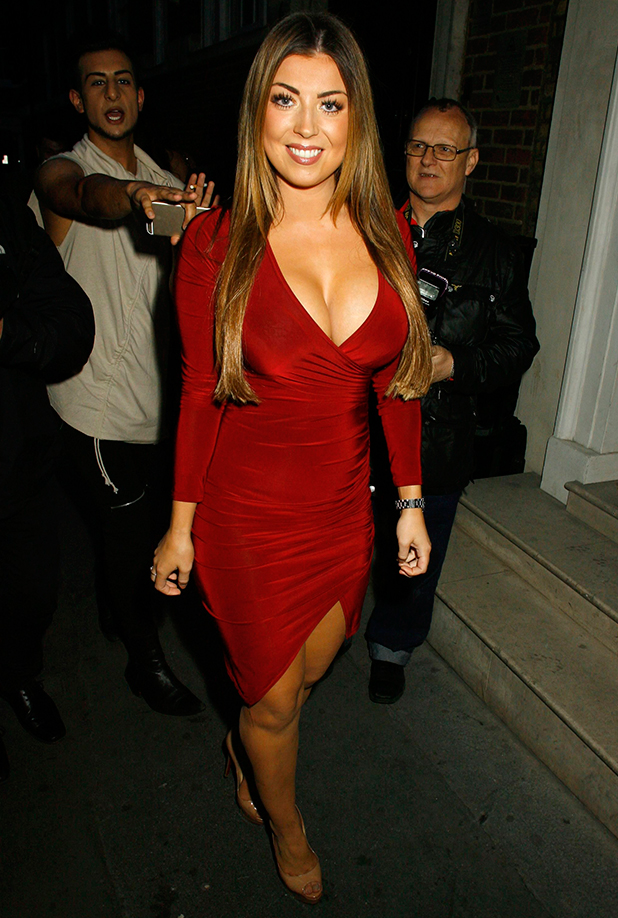 We reckon Abi quite likes flaunting her cleavage – she retweeted a Khloe Kardashian comment last week that read: “Padded bras are awesome!! My boobs were up to my chin tonight.” 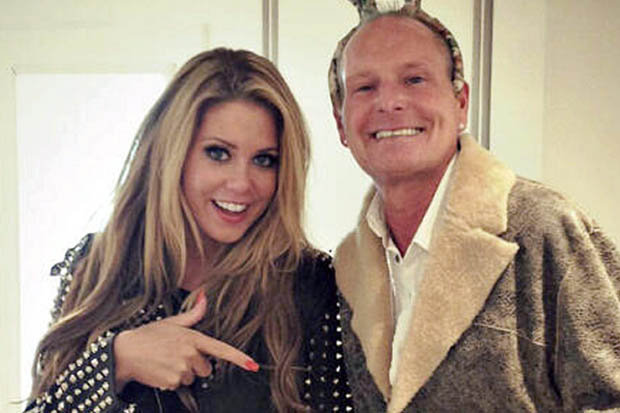 WILD CHILD: Gazza with his strip club-manager daughter Bianca [XPOSUREPHOTOS.COM]
The blonde beauty, 28, hosts fellas looking to celebrate their newly-single status at The Gaslight in London’s West End, where she is manager.Lads can mend their broken hearts by enjoying lap dances and x-rates sessions laid on by Bianca’s troop of sexy girls.The club plugged the divorce parties on Twitter, writing: “What about having your divorce party at the Gaslight?